So, as I get to grips with SPSS and analysing my data... I thought I would upload one of the graphs that I have produced so far (see bottom of this blog).
It must be noted that the below graph has been produced from me playing around with the data. Thus, the totals below represent all of the firms non-executives' multiple directorships over the five year period. The data is multi-levelled and the graph does not account for different years of the same firm. This graph also only accounts for non-executives who served for the full year and does not account for any non-executive who joined or left the board during the years.
As you can see however, some firms in certain years, some companies have non-executives with over 30 other positions split between them. Looking at my data these companies were WPP, Unilever and HSBC. HSBC accounting for most of the instances below with their non-executives holding over 30 other directorships in the years 2006-2009, although that figure drops to 23 in 2010.
The mean highlights that companies' non-executive directors on average have 14.63 other directorships. The median was 13 and so there is not any great outliers pulling the mean although the box plot produced did identify 8 outliers but this may change once the different levels (years) are accounted for.
For any prospective law PhD students I have definitely come to see the advantages of producing empirical research. Even if you are not trained, undertaking a PhD allows you the opportunity to gain these new skills just like I am doing at the moment. It can also add great value to your final piece as it offers inter-disciplinary opportunities and quite obvious originality.
From a legal aspect of my research, recently, there has been a case to discuss the meaning of non-executive director in the case of Mond v Bowles (2011) 21st Oct Ch D. It was suggested that the meaning may vary from company to company and that the Companies Act 2006 provides no definition of a non-executive director. That would suggest that the definition of 'director' in the Companies Act 2006 s250 only applies to executive directors. With that said, I have not come across a case that says directors' duties and the meaning of director only applies to executive directors. Whilst other types of directors, such as shadow, do have their own definition and thus explicitly different from executives, there is no clear suggestion that s250 does not apply to non-executives as well as executives. It would seem such a definition under s250 would be quite fitting for non-executives as well since it states that directors are people occupying the position of director by whatever name called.
However, if s250 was adopted for non-executive directors it would have to be clear that every reference to director in the Companies Act does not apply equally to executives and non-executives; or in some cases not at all to the latter.
When deciding if the individuals where non-executives, the court highlighted that the individuals' roles had gone beyond merely protecting the investors investment, which may send a warning to other non-executives in larger companies who are quite actively engaged in strategy. Such consequences may see non-executives being classed as executive directors by an enthusiastic liquidator perhaps. It seems perfectly possible that somebody appointed a non-executive could become an executive due to the inclusive nature of s250. 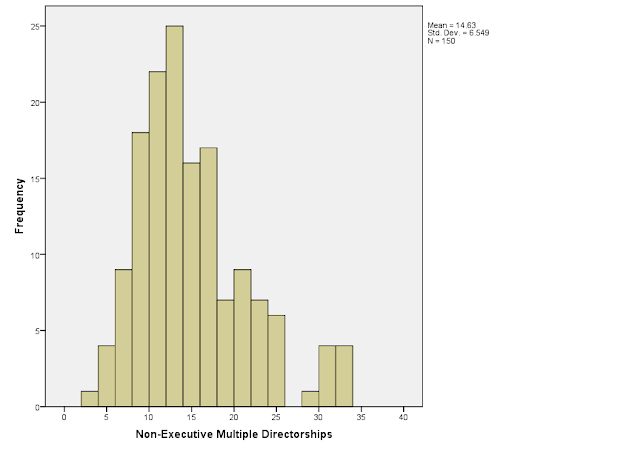